Wow! Three years not posting here. Somewhere along the line, I lost my password and could NOT get in.

I know! Doesn't take that long to redo it, but the last three years have been EXTREMELY busy. As some followers on other sites know, I teach full-time-plus at one college and half-time at major university. About 6 years ago, we bought almost 3 acres of pecan trees up the Brazos River (unfortunately not ON the river, but can see the trees of the river at the bottom of the hill). We were clearing and cleaning and putting in water and electricity. 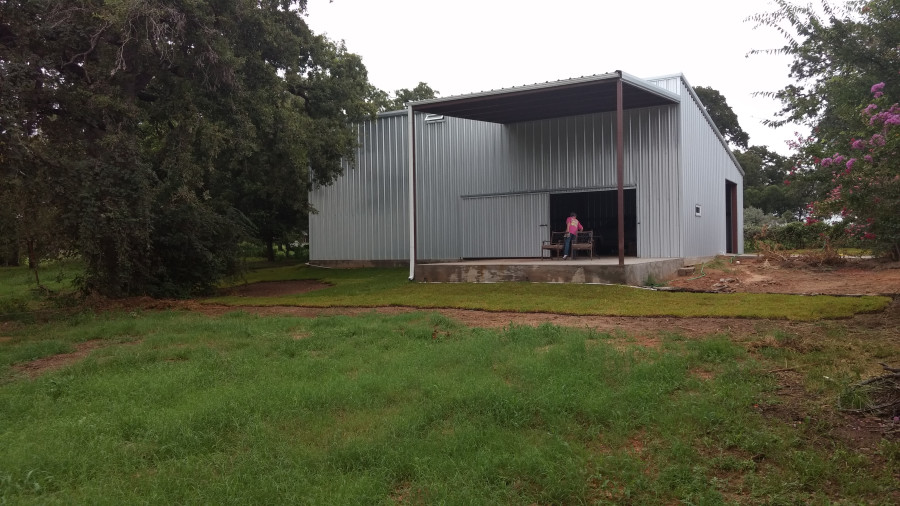 Almost two year ago exactly, we finished a slab and metal building shell. Well, actually a crew did that part because the time it would have taken us, even if we had been good at it, would have been prohibitive. AND since that was the foundation of everything, we wanted to make sure those parts were right. 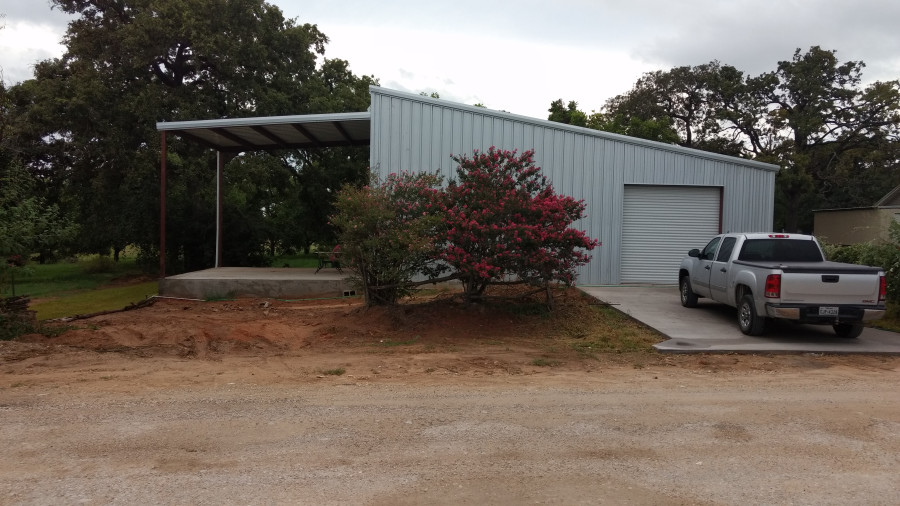 BUT...as soon as they finished the slab and shell, we started doing everything else...framing inside, wiring, plumbing, sheetrocking, taping, floating, and a LOT of sweeping. For the past few months, we've gotten to the point that we can actually stay out there for a whole weekend or longer. Most of the major stuff is done. Propane lines and some finishing tilework in the bathroom are the major things left. Then upper kitchen shelves, closet for the bedroom, and setting up the utility room will pretty much round it out.

THEN we will actually get to start moving most of our stuff in. It's taken almost every spare minute but it's been worth it. And now you know why I haven't had time to redo the password...until now.

So watch for more new "steampunk" stuff coming. A lot of the stuff we have done and are doing in the studio/shop/home (New Viesca Studios) has a steampunk feel to it, but we are doing other stuff as well. Don't worry...we have PICTURES!!!

Interior of the shell showing the wall facing the road and the opening to the 20x20 "patio" we affectionately call The Loading Dock: And this is looking back the other way: We told you it was a shell!

And finally, The Loading Dock view. Actually, if you count, you only see 8 trees. All the rest of them are off to the right. So, if you go onto the dock, and look right, it is a whole 180 degrees plus of pecan trees and one giant oak: Forgot pix of the ABR SUV. 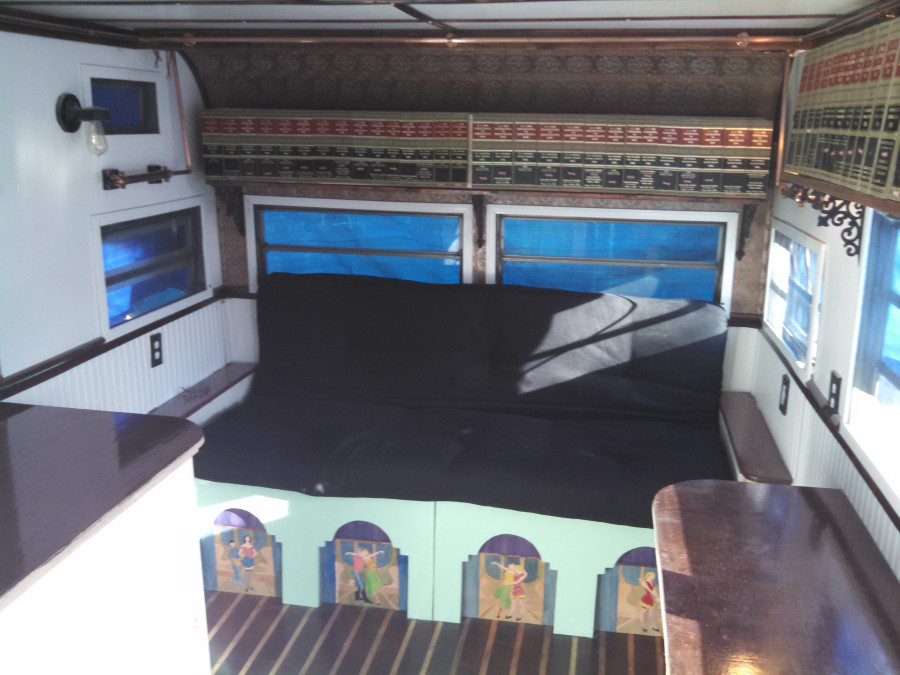 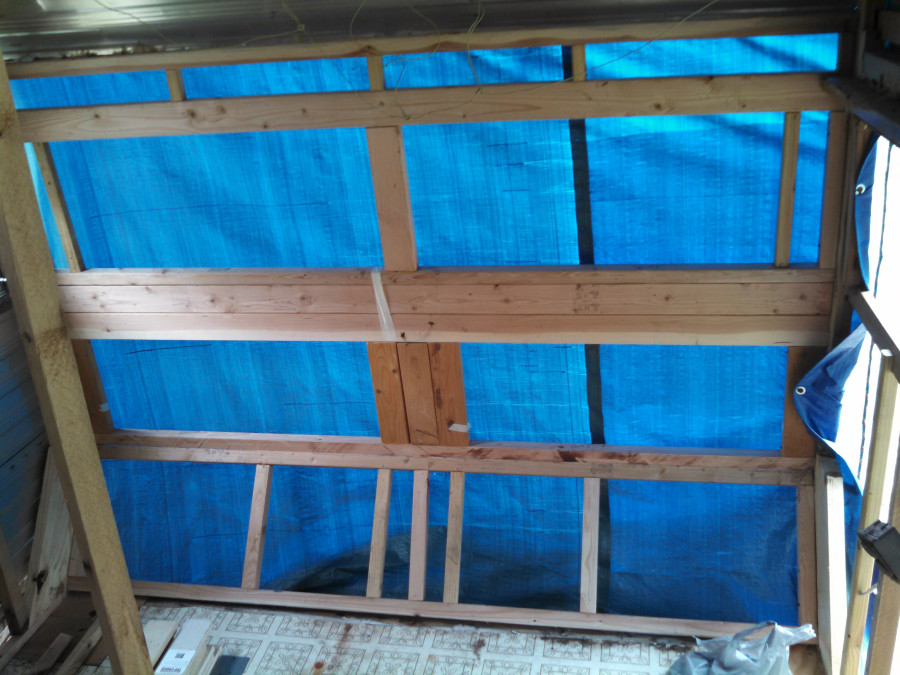 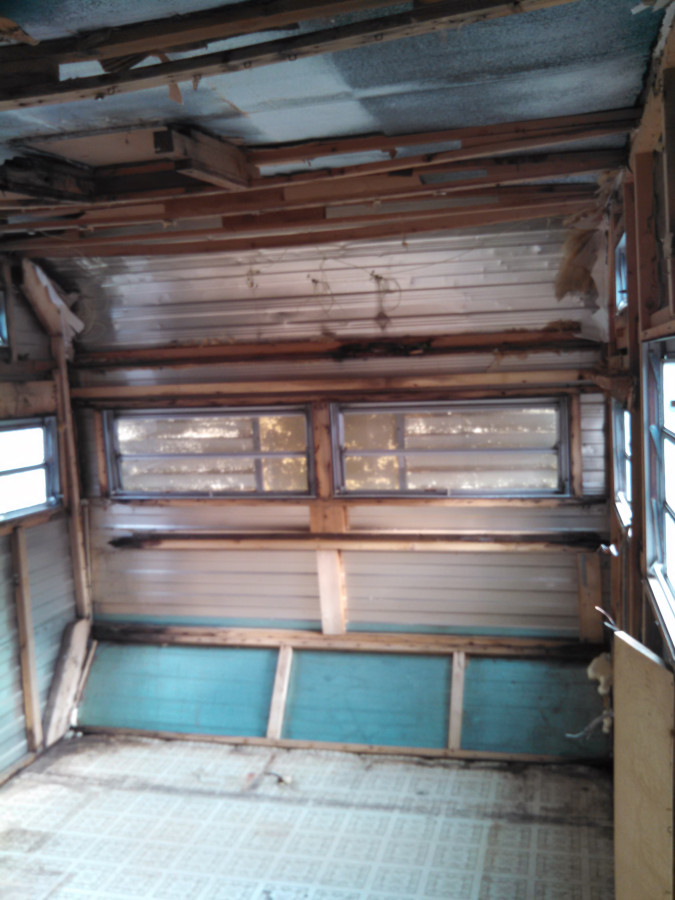 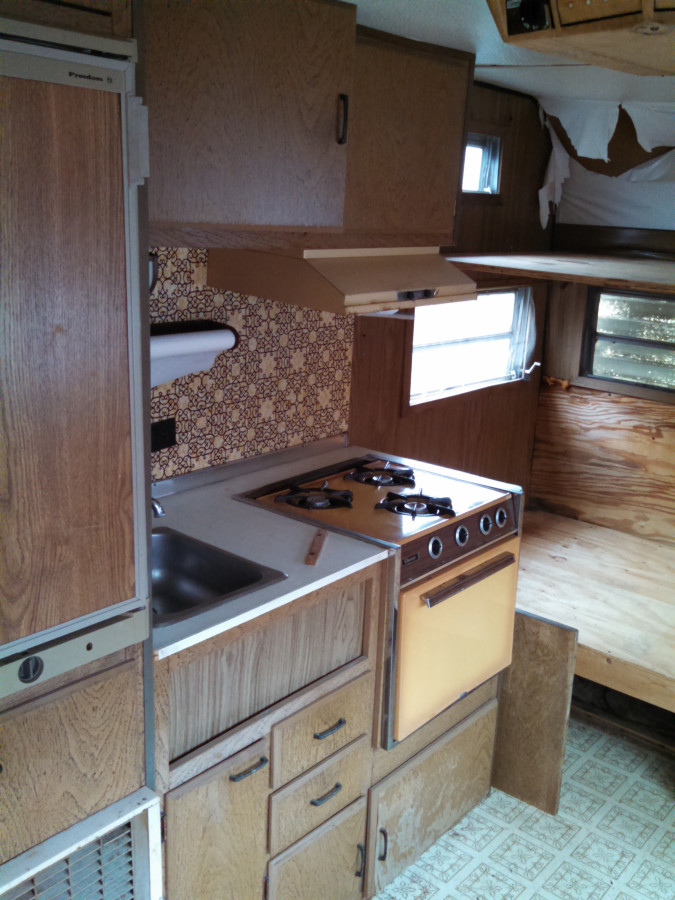 Lost password and was unable to get into my Livejournal for a while. I know. It's simple to redo, but we got involved in a couple of projects that have taken up most of my take the last couple of years.

First, found a new home port for the Airship Bonnie Read. Been clearing land, picking pecans (and dewberries and mustang grapes), putting in electricity and water, and about 900 other items related to new land.

Second, started the transformation of an old deer lease camping trailer into the Airship Bonnie Read SUV (Surface Unit Vehicle). Was going to just pull a couple pieces out we weren't going to use, replace a couple of rotted wood pieces, and seal the joints. That was LAST March (or May, one of those M months).

Getting close to completion. Maybe for summer steampunk or faire events? Definitely for Texas Ren Faire in fall. The captain has already commandeered it for a couple of upcoming beach trips when we finally put it in service. Guess I'll have to get a bottle of champagne to christen it when we do.

Help a maker?
A friend has asked for a signal boost for a jewelry artist in financial trouble [story here: http://ebenbrooks.livejournal.com/ ]

Just got the link for The Chrononaut steampunk documentary:

We've been busy since Armadillocon, but thought we'd add a few pix of what's been keeping us busy. Everyone at Armadillocon liked Prof. Steampunk's Time Machine Emporium trunk so much that Lady Artamiss De'cor decided she need one for her adventures. We're almost finished with it here: Hi! I'm new here, but not exactly new to steampunk. I've been interested in the fandom for about 3 years now however I've been rather intimidated to try it out till recently. I went to Dragoncon 2 years ago with my husband and was simply astonished by all the Steampunk variety and fanfaire and now I hear this past year it was even bigger. We recently moved to Flagstaff, AZ for me to attend my PhD program, and together with my roommate have taken on some projects including costumes for this amazingly awesome convention happening in Tuscon in early March:
http://wildwildwestcon.com/
I was wondering who else on here is planning on going?
Anyway I also join

steamfashion where I plan on posting my costume idea. I want to go as a sort of Steampunk Marie Curie only instead of dying of cancer at 32 because of her experiments with radioactivity, she glows all radioactive. Anyway glad to be here and looking forward to going to the con and possibly meeting some more steam enthusiasts who might be up for a costuming day or two here in Flag

PS one of my other favorite fandoms Avatar the Last Airbender is going Steampunk in 2011 for the next installment of the legend of Korra. I can't wait!

If so, perhaps this could be of use:
http://cgi.ebay.com/ws/eBayISAPI.dll?ViewItem&item=130440431681
A friend has crafted a wonderful modded medical prop.
Collapse